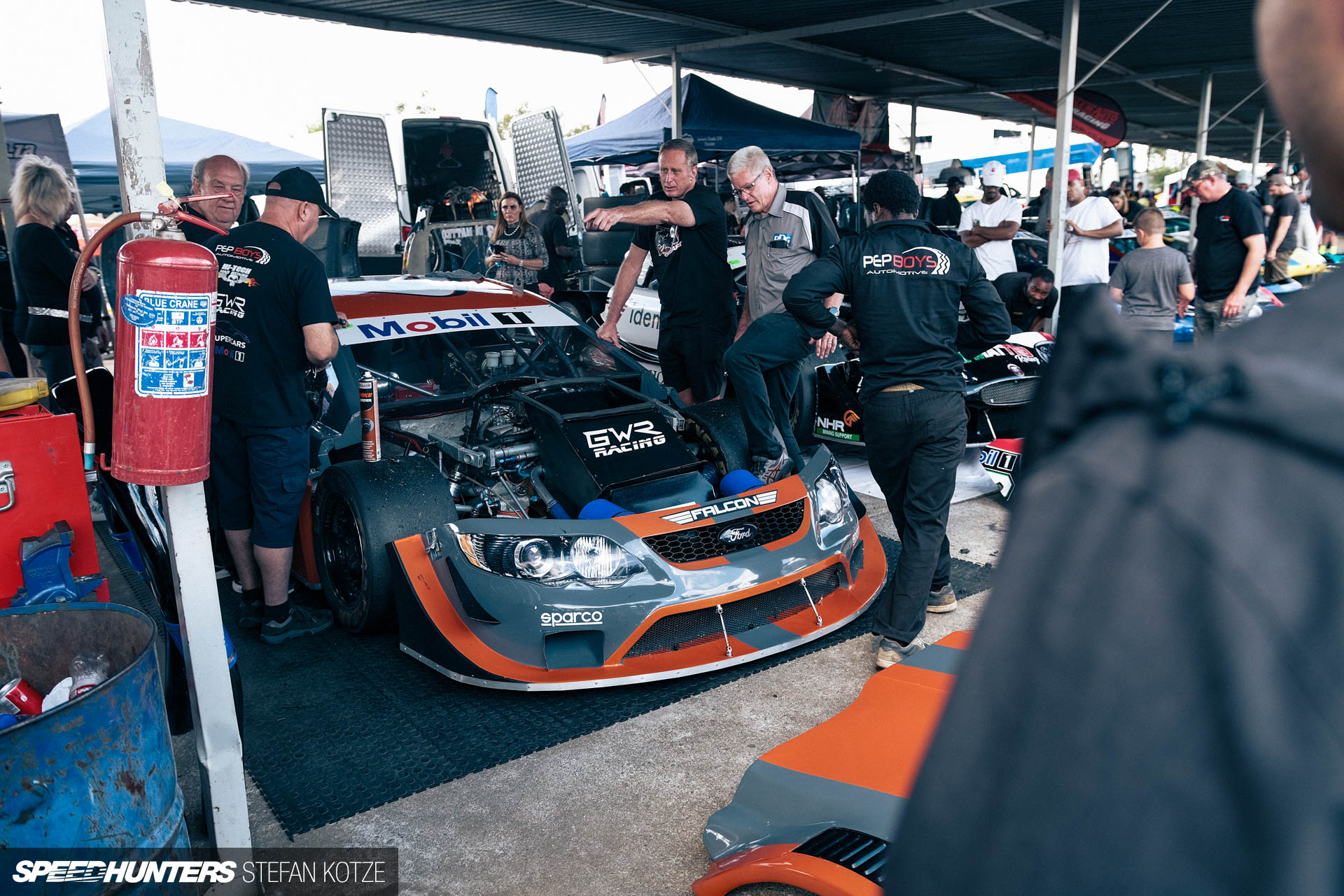 Motorsport has been slowly returning in South Africa over the last year, but mostly without spectators. Now though, with Covid restrictions becoming more relaxed – as they are in many countries across the world – bigger racing events can be held, and the fans are returning.

A short while ago, one of the first large spectator-friendly motorsport events since the Covid pandemic began was held at Zwartkops Raceway in Pretoria. I’ve missed racing as much as anyone else, so of course I had to head along and check it out.

This event was the second round of the 2022 National Extreme Festival season (there are 15 rounds in total) and as always, it attracted a real mixed bag of competing cars. One of the most popular models in paddock was the Volkswagen Polo, and this is for two reasons.

First up, there’s the Polo Cup, of which all competing cars are current generation Polo GTIs, lightly tuned with suspension, brakes and semi-slicks, and fitted with safety equipment. This popular series is now in its 26th year here in South Africa, and it’s not hard to understand why – the racing is extremely close.

Then there’s the GTC SupaCup, launched in 2020, which takes Polo motorsport to the extreme. The cars competing in this series are built from the ground up by Volkswagen Motorsport South Africa and feature a seam-welded race chassis, tuned 2.0L engine on MoTeC management, and a locally-developed sequential transmission. Pair that with advanced aero, race-spec suspension and brakes plus full racing slicks, and you’ve got Polos that can almost give GT3 cars a run for their money, but for the equivalent of US$60,000.

South Africa’s V8 Supercar series – not to be confused with Australian Supercars – is the latest incarnation of a championship that’s been contested for decades. These tube-frame, V8-powered silhouette creations which share just a few visual traits with the production cars they’re based off, were originally raced under the Modified Saloon Car category and later the Trans-Am name. All you need to know is that they’re loud and fast.

Seeing all the cars was great, but just seeing people out at the race track – some working, some driving, and others just spectating – was easily the best part of the day for me. It had been far too long.

Of course, people that work on race cars, drive race cars, and come along to watch race cars, often own special road cars themselves, and there were plenty of those around Zwartkops Raceway during this event. I don’t normally like supercars, but damn, the Ferrari 488 Pista really is a gorgeous thing.

This BNR34 Nissan Skyline GT-R was definitely my pick of the road-car-at-race-track bunch though. RAYS Volk Racing TE37s paired with big Endless brakes is always a winning combo.

The Extreme Supercars class brings a wide variety of exotic race cars together, and for that reason alone it’s a fan favourite in South Africa.

Interestingly enough, here in South Africa there are no factory GT teams. Every GT car that races was imported by – and is usually driven by – a privateer, most of whom are local business owners. It’s great that these guys have the means to do so and provide an amazing spectacle, but at the same time it’s a bit sad that there’s little to no manufacturer support for these cars.

The guys from Franco Scribante Racing pour their hearts, souls and bank balances into racing, purely because they have such a big love for it. Their Porsche is an absolute monster of a GT3 machine, but this one actually started out as a road-going 997 Turbo. Unfortunately, the wide-bodied Porsche experienced some mechanical gremlins on the day and ended up being retired from the racing.

Something new to South African motorsport is the GR Yaris Cup. This series is completely funded and supported by Toyota Gazoo Racing South Africa, and all seven cars currently competing are driven by motorsport journalists. Identical in spec – that is, stock except for semi-slicks, upgraded brake pads, a semi-stripped interior and roll cage – it all comes down to driver skill. Fuel loads are even carefully calculated, acting as a ballast to compensate for the drivers’ different weights.

The Global Touring Cars (GTC) championship is South Africa’s unofficial premier racing series. All of the competing cars resemble their production counterpart, but under the skin they’re pretty hardcore machines.

They all use a tube-frame rear-wheel drive chassis with metal bodywork supplied by each manufacturer, while engines are 2.0L turbocharged units backed up by Albins 6-speed sequential transmissions. The suspension, brakes, wheels and tyres are all control items, and there’s no TCS or ABS used. You might even remember me taking a closer look at Volkswagen’s Mk8 Golf GTI GTC race car back in 2020.

No digital experience, be it a livestream, TV coverage or a photo story like this one, will ever compare to watching motorsport in person.

The sounds, smells and atmosphere are something you just can’t replicate over the internet or on television, so make sure you re-experience motorsport as soon as you can. I for one am beyond happy that racing is back in South Africa. Now, when’s the next event?!