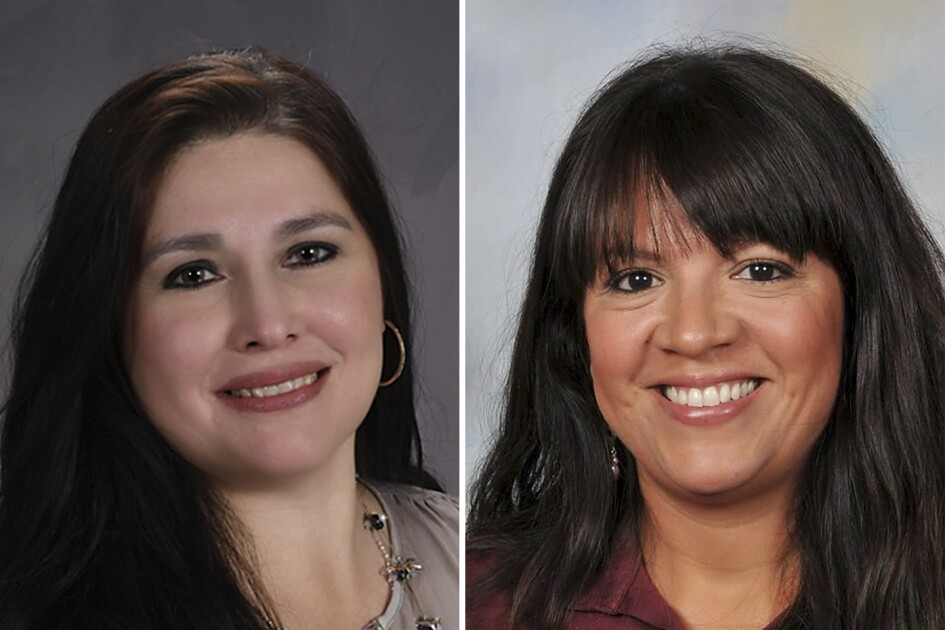 Two 4th grade teachers who were killed in the deadly mass shooting at Robb Elementary School are being remembered and hailed as heroes by their family, former students, and other community members.

Eva Mireles, 44, and Irma Garcia, 46, were identified as the two adult victims of Tuesday’s shooting in Uvalde, Texas, in which 19 children also were killed. While official details are still being released, relatives told news outlets that the teachers died trying to shield their students from the shooter.

According to the school’s website, the two women had been co-teaching together for five years. Garcia was in her 23rd year in the classroom—all of which were spent at Robb Elementary—and Mireles was in her 17th year.

Garcia wrote in her school biography that she was married to her husband, Joe, for 24 years and had four children: Cristian, who is training as a Marine; Jose, who attends Texas State University; Lyliana, a sophomore in high school; and Alysandra, a 7th grader. Garcia, who won an excellence in teaching award in 2019, said she loved to barbecue with her husband, listen to music, and go on “country cruises” to nearby Concan, Texas.

“My tia did not make it, she sacrificed herself protecting the kids in her classroom,” wrote Joey Martinez on Twitter. “[S]he died a HERO. she was loved by many and will be truly missed.”

Mireles, who was certified in special education and bilingual education, wrote in her school biography that she had a “supportive, fun, and loving family”—her husband, Ruben Ruiz, who is a police officer for the school district; her college-graduate daughter Adalynn; and her three “furry friends.” Mireles described her love of running and hiking and said, “Now you just might see me riding a bike!!”

In a Twitter post, Adalynn described her mother as an outgoing, funny woman who loved CrossFit, her dogs, and above all, her family.

“You are so known by so many now, and I’m so happy that people know your name and that beautiful face of yours and they know what a hero looks like,” Adalynn wrote. “I don’t know how to do this life without you, but I will take care of dad. I will take care of our dogs and I will forever say your name so you are always remembered, Eva Mireles, 4th grade teacher at Robb Elementary who selflessly jumped in front of her students to save their lives. My heart will forever be broken.”

Cristian Garcia told NBC News that a friend in law enforcement, who was at Robb Elementary following the shooting, said he saw Cristian’s mother in her classroom, positioned with her body protecting her students.

Their names will be added to the Memorial to Fallen Educators

In just a few weeks, Mireles’ and Garcia’s names will be engraved onto the National Memorial to Fallen Educators, a monument in Emporia, Kan., that honors school workers who died “in the line of duty.” The memorial’s creation was spurred by the Sandy Hook Elementary School shooting in Newtown, Conn., a decade ago, which left 20 children and six educators dead.

Carol Strickland, the executive director of the National Teachers Hall of Fame, which oversees the memorial, said she had just turned in a list of about a dozen educators’ names to be engraved onto the massive granite blocks for the rededication ceremony on June 17. On Wednesday morning, following the news of the Texas school shooting, she had to call to add two more.

In total, there will be about 180 names listed on the memorial, practically filling the two granite slabs that are shaped as books. Soon, Strickland said, the memorial will have to raise another $40,000 to buy a third granite book for additional names.

“I think the memorial is for the survivors, the families, the colleagues,” she said. “They know that [their loved one’s] name will forever be remembered by people, and I think that means something to them.”

Still, she added, it’s bittersweet: “It’s so sad that something like this exists. When you look at it, it’s such a reminder of these lives that were lost senselessly through accidents at school or [school] shootings. These people never thought they would go to work and never go home again.”

As community members in Uvalde reeled from the details of the deadliest school shooting since the one in Sandy Hook in 2012, remembrances of Mireles and Garcia began to trickle in.

Eva Mireles and Irma Garcia were two of the greatest teachers Uvalde, TX has ever known. Their classroom was full of fun, growth, giggles, teamwork, and, most of all, love. Their legacy will live in the hearts of our community forever. #uvaldestrong pic.twitter.com/Es95ZIURUi

My daughter’s beautiful teacher was the teacher who was killed in Uvalde, TX. Eva (Ms Mireles) taught Gabby in elementary school. She was a beautiful person & dedicated teacher. She believed in Gabby & went above & beyond to teach her as you can see below. There are no words. pic.twitter.com/qMlVoVEUrY

Former students of Garcia shared memories on Twitter. “Mrs. Garcia was the best third grade teacher me and my brother could’ve asked for,” one wrote. Said another: “One of the sweetest teachers I knew.”

“We call teachers heroes, but these are true heroes,” Strickland said. “They died doing what they loved—working with kids.”