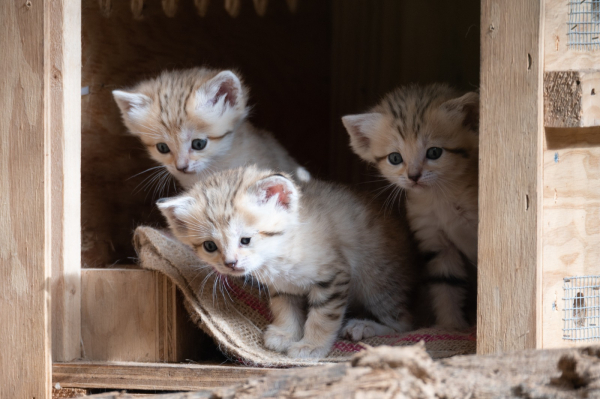 The Sand Cats at the Zoological Center Ramat Gan are 2 year old Sabbhia and 4 year old Marib. They arrived at the zoo almost 2 years ago from France and Sweden respectively.

Officials were hoping for successful breeding of the couple, as Sand cats are not only an amazing little cat, it is also a native Israeli species that was once living in the Arava Valley in the south of Israel and went extinct. 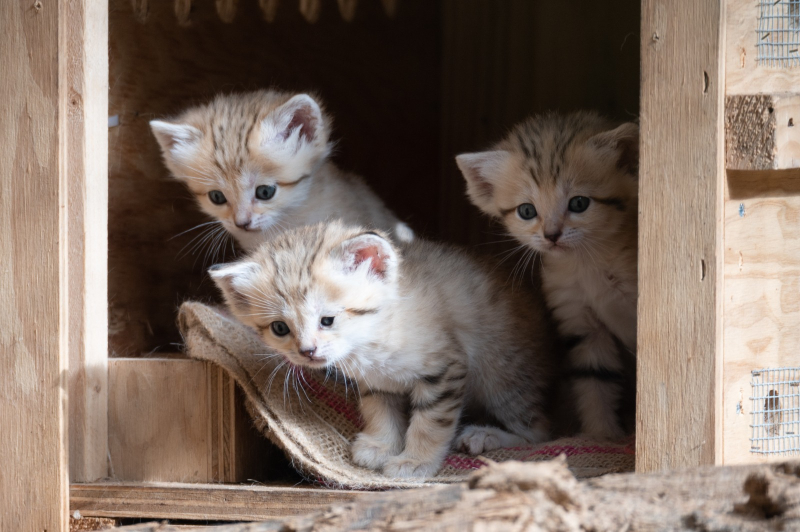 In the first weeks the couple kept their distance, but as time went by, the bond between them was getting tighter. 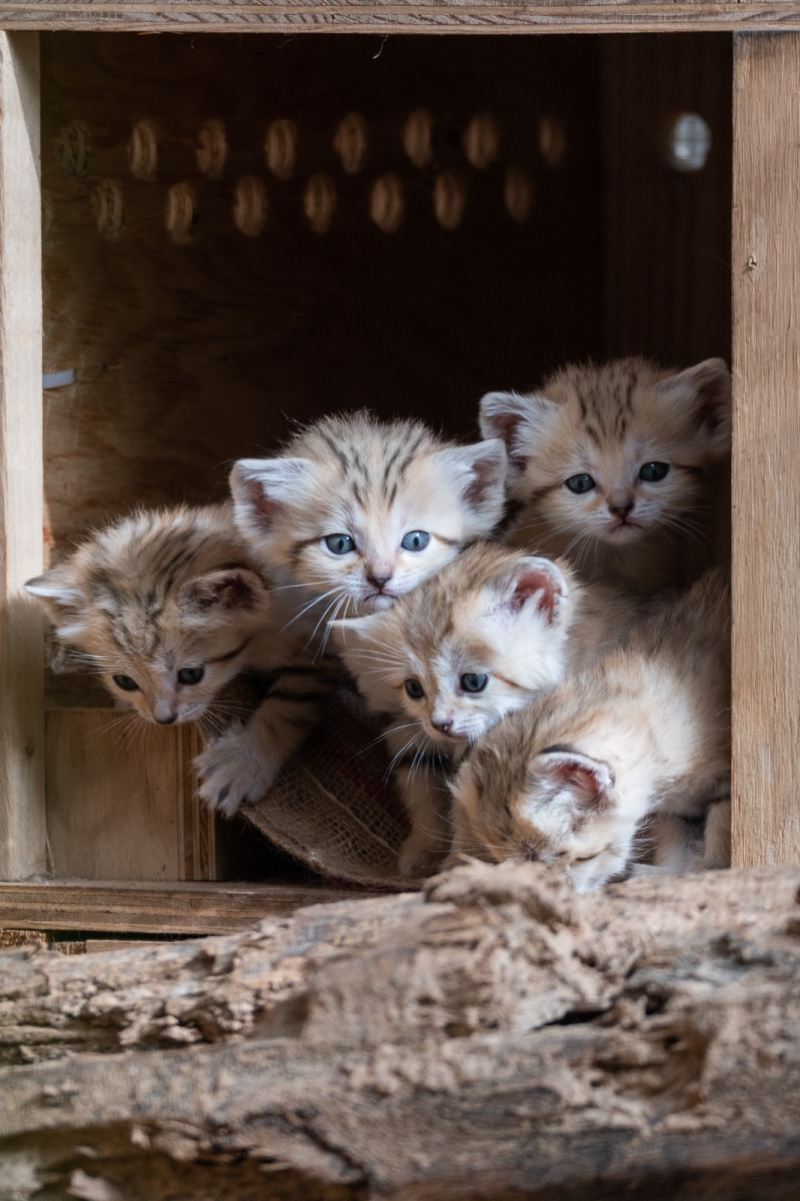 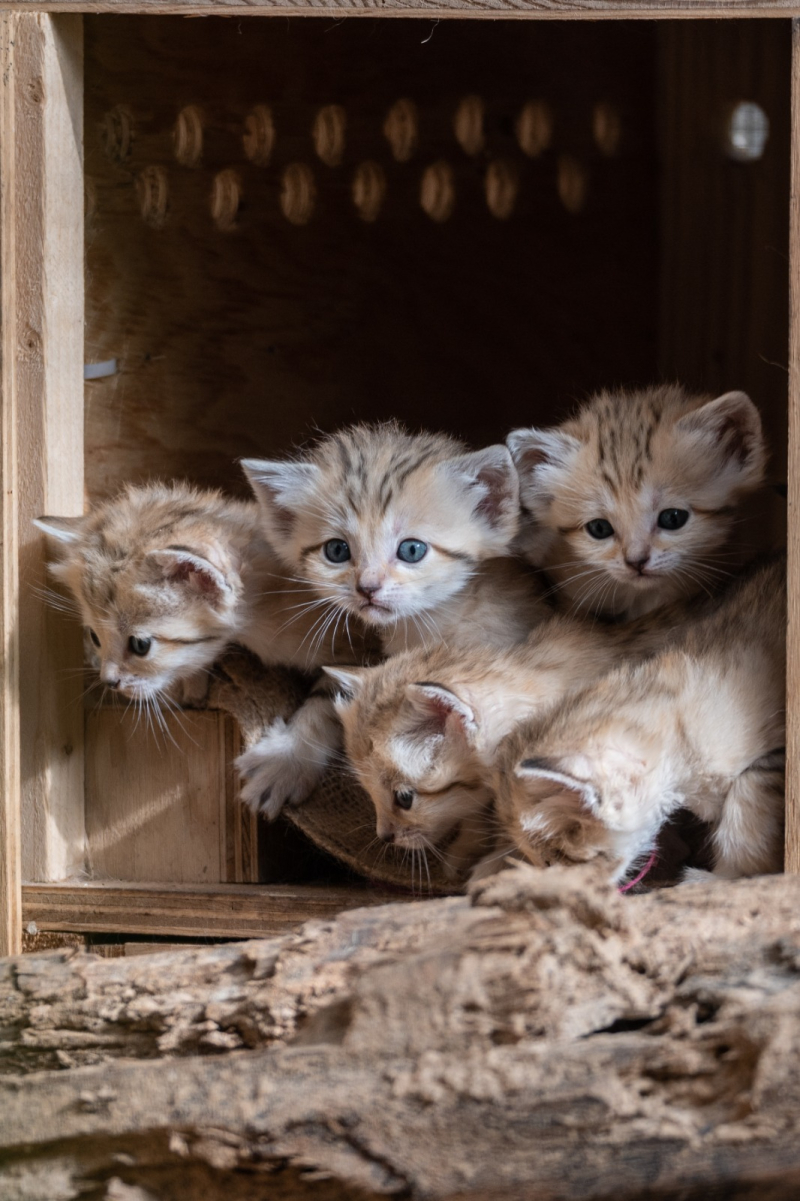 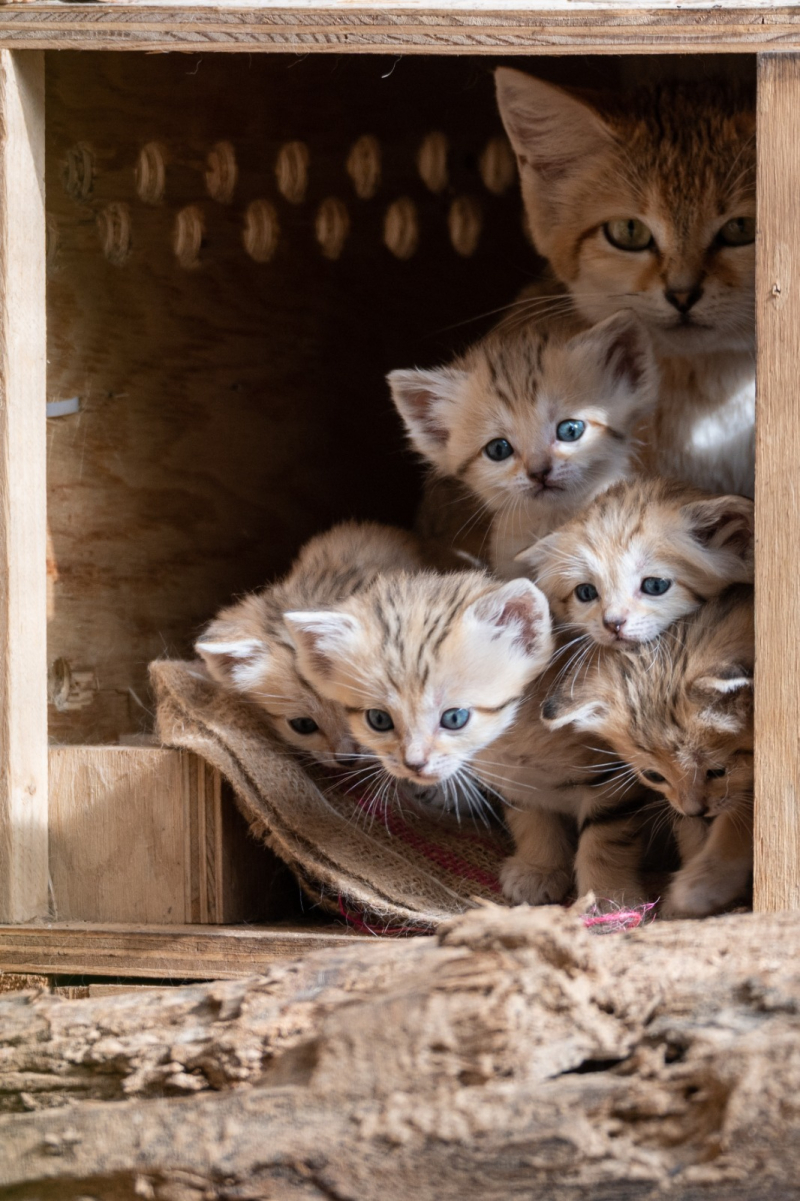 Two months ago the keepers found Sabbhia in the night chamber with no less than 5 kittens! They were watching the new mother from a distance as to not disturb and stress her. All were very surprised to find that the kittens were getting bigger and stronger and all of them survived. Sabbhia is a great mother although it is her first litter. Father Marib joined mom and the kittens, but Sabbiha keeps an eye over him all the time.

The kittens are getting stronger and more playful by the day, and they can be seen running around and playing in the temporary exhibit. Ramat Gan is currently building a new enclosure for the species.

The Zoological Center Ramat Gan is taking part in the European X-situ program for the species.