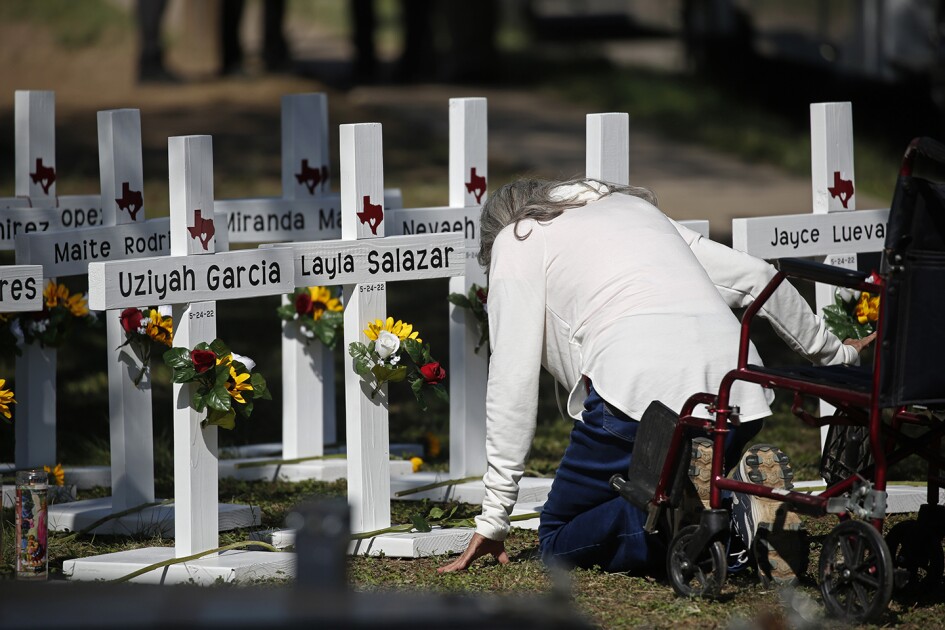 Current and former principals who experienced shootings in their schools have issued a plea to lawmakers at all levels of government to “Do something. Do anything” to keep “our educators and our kids from being murdered at school.”

Their plea—which was to run as a full page ad in The Washington Post over the weekend—does not call for specific measures such as restrictions on guns. It reads more like a cry of anguish and desperation as the nation continues to reel from the May 24 massacre that killed 19 4th graders and two teachers at Robb Elementary School in Uvalde, Texas.

“We are members of a club that no one wants to join,” they wrote. “Yet, our membership keeps growing.”

They call themselves the Principal Recovery Network. They share a shattering experience: Gun violence that killed and injured some of their students and their staff. Some led schools we all know: Columbine and Marjory Stoneman Douglas. Others led schools where shootings didn’t fully penetrate the national consciousness.

For principals who find themselves in this devastating situation, their peers who’ve experienced it can be the best place to turn to answer questions about how to go on—how to manage the recovery of a school community.

That’s why in 2019—20 years after the mass shooting at Colorado’s Columbine High School—a small group of school leaders formed the Principal Recovery Network. Convened by the National Association of Secondary School Principals, the network serves as rapid-response emotional support team for school leaders who’ve experienced violence in their schools.

Adam Davis, a spokesman for the principals’ group, said school leaders are busy running schools. They want elected officials to do their jobs and find a solution, he said.

In its letter which is signed by 21 current and former principals, the network writes: “To every elected leader at every level of government, you have a duty to do everything it takes to prevent our kids and educators from being murdered in school. Time and time again, we have come to you to prevent future shootings. If you don’t act now, this will happen again.

“We beg you: Do something. Do anything. This is a bipartisan issue. Protect our students. Protect our educators. Protect our schools. Violence extends well beyond our campuses. We ask you to act and to do the right thing—protect our communities.”