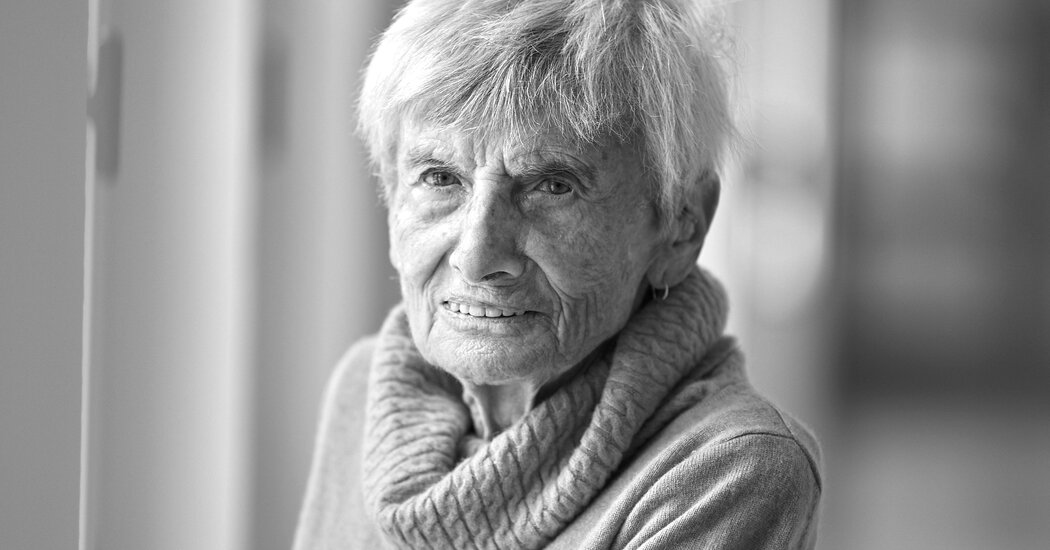 In New York, Ms. Heuman worked in a button factory, as a nanny and as a waitress. She met Lu Burke, who would go on to be a copy editor at The New Yorker, and they lived together as a couple in the West Village. Ms. Burke improved Ms. Heuman’s English by reading the dictionary with her. (At The New Yorker, Ms. Burke was a notorious and feared language martinet, nicknamed Sarge by the production staff.)

Ms. Heuman attended City College, and in the early 1950s took a job as what was known at the time as a “girl Friday” at Doyle Dane Bernbach, then a fledgling advertising agency. She worked there until her retirement at 60, eventually overseeing budgets and work flow as a traffic director for the company. She married Charles Mendelson, an accountant, in 1952; they had two children and divorced in 1976.

“I felt I owed it to my parents to have children,” Ms. Heuman said in a 2019 talk. But she also owed it to herself to leave the marriage when it went south and her children had left the house. “Life is too short,” she said.

A few years ago, Ms. Heuman decided to come out formally to her son and her daughter-in-law, Lyndsey Layton, deputy editor of The New York Times climate desk; they were nonplused, having never thought of her as closeted. Nor did her daughter, Jill Mendelson. “I always knew,” Ms. Mendelson said. “It was never a discussion.” When she phoned Ms. Layton and announced that she was gay, Ms. Layton recalled, she responded, “Yes, yes you are, Margot!”

Ms. Heuman handled her survivor’s legacy a bit the way she handled her sexuality. It wasn’t hidden, but she didn’t declare herself. She waited until her children asked her questions about it, and she answered them in what she found to be an age-appropriate way. When her daughter was very young, she said her Auschwitz tattoo was her phone number, put there so she wouldn’t forget.

“I don’t remember that,” Ms. Mendelson said in an interview, “but I always knew she was a war survivor.”