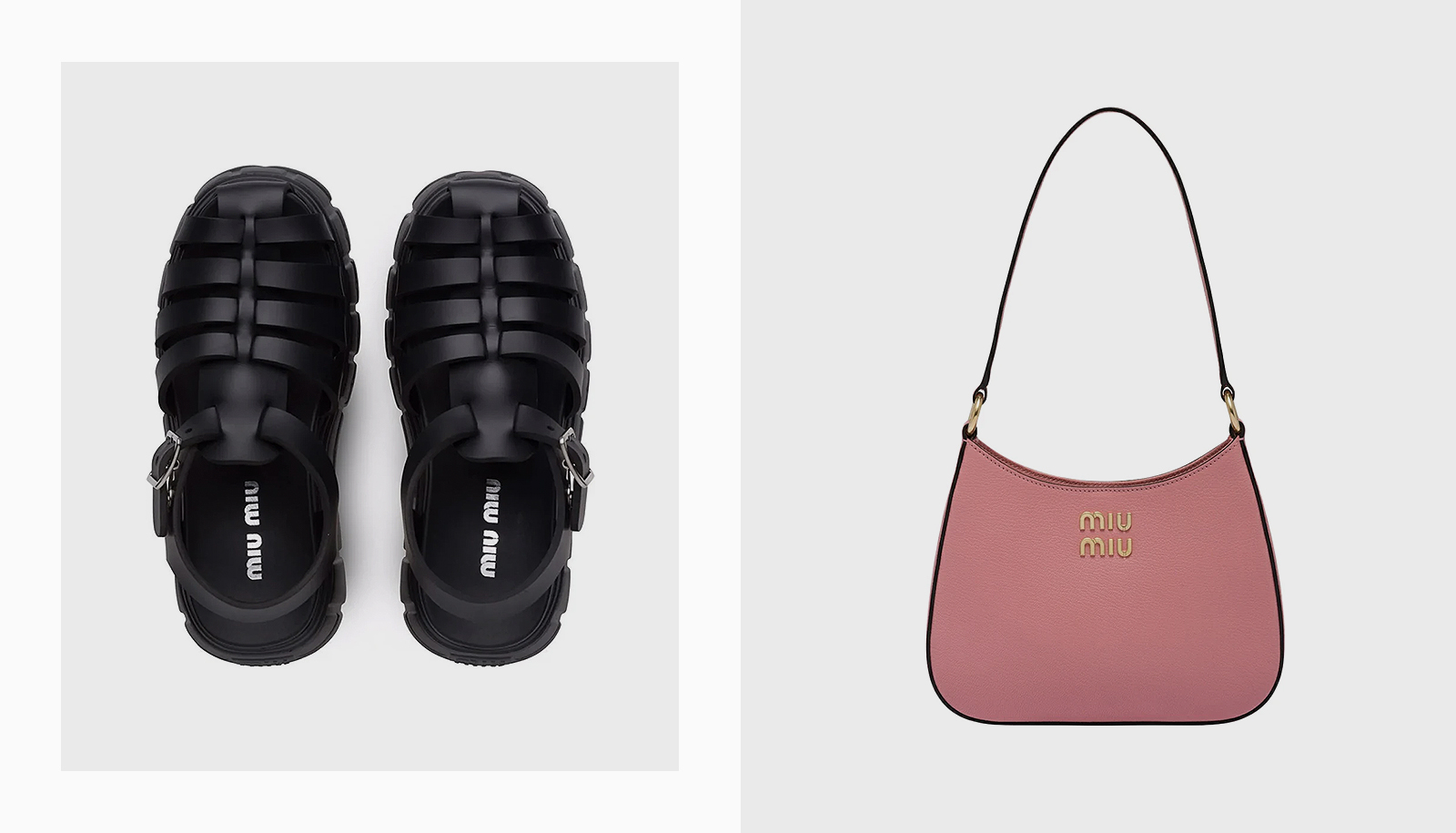 Everything you need to know about Italian label Miu Miu, including how to pronounce Miu Miu, is Miu Miu owned by Prada, and what does Miu Miu mean?

Renowned for its avant-garde, youthful, and provocative designs, Miu Miu is one of the most successful high-end fashion labels in the world. Steadily growing and evolving since its establishment in 1993, Miu Miu considers itself “workshop of new design expressions that play with the kaleidoscopic nature of fashion”. 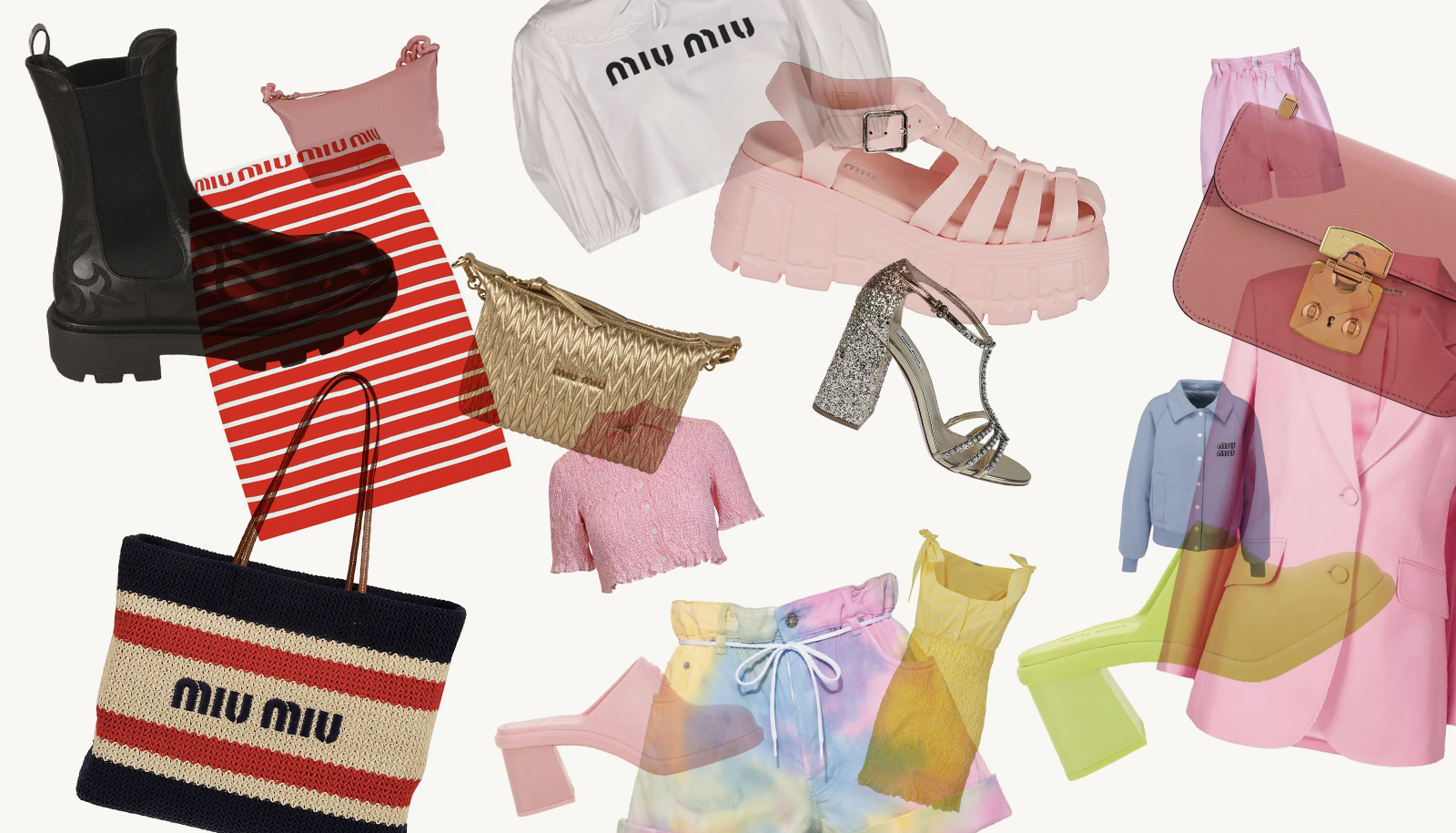 But before we go any further—how to pronounce Miu Miu?

How to pronounce Miu Miu

Miu Miu is one of the most commonly mispronounced labels out there. Think you’ve been saying it right? Sorry to burst your bubble, but it’s not “mew mew”…

The correct pronunciation is: MEE-OO MEE-OO, the stress being on the second syllable.

If that only confuses you further, watch this video, then try saying the brand’s name out loud a couple of times. 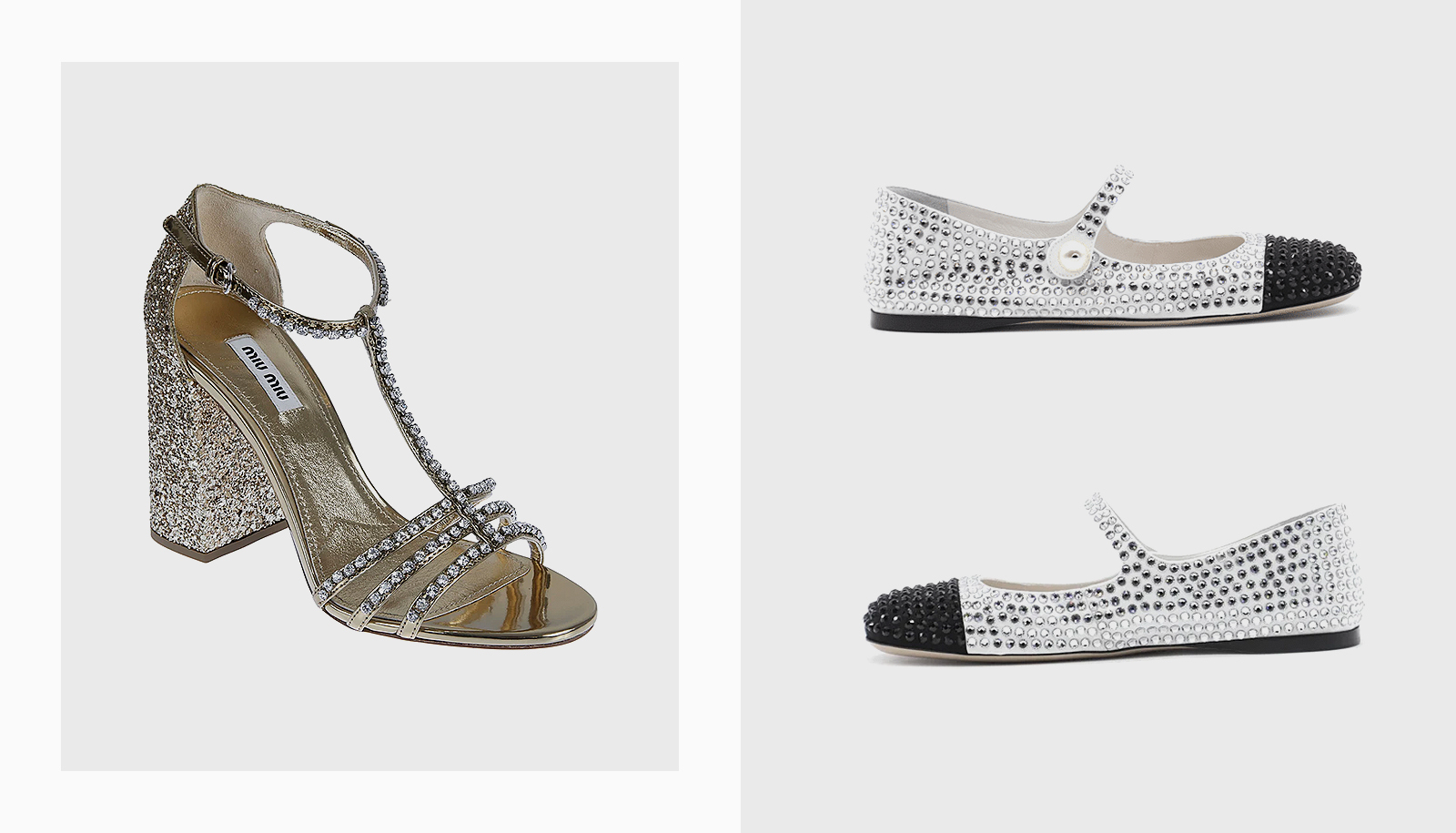 Is Miu Miu owned by Prada?

Miu Miu was never merely a sister brand, but a label with its own identity, independent from Prada’s—while Prada is sophisticated and timeless, Miu Miu is daring and playful.

“The creative process in Miu Miu is completely different from that of Prada,” Miuccia told  Business of Fashion. “Miu Miu is not as complicated and [thought] out as Prada […] Prada is very sophisticated and considered; Miu Miu is much more naïve.” 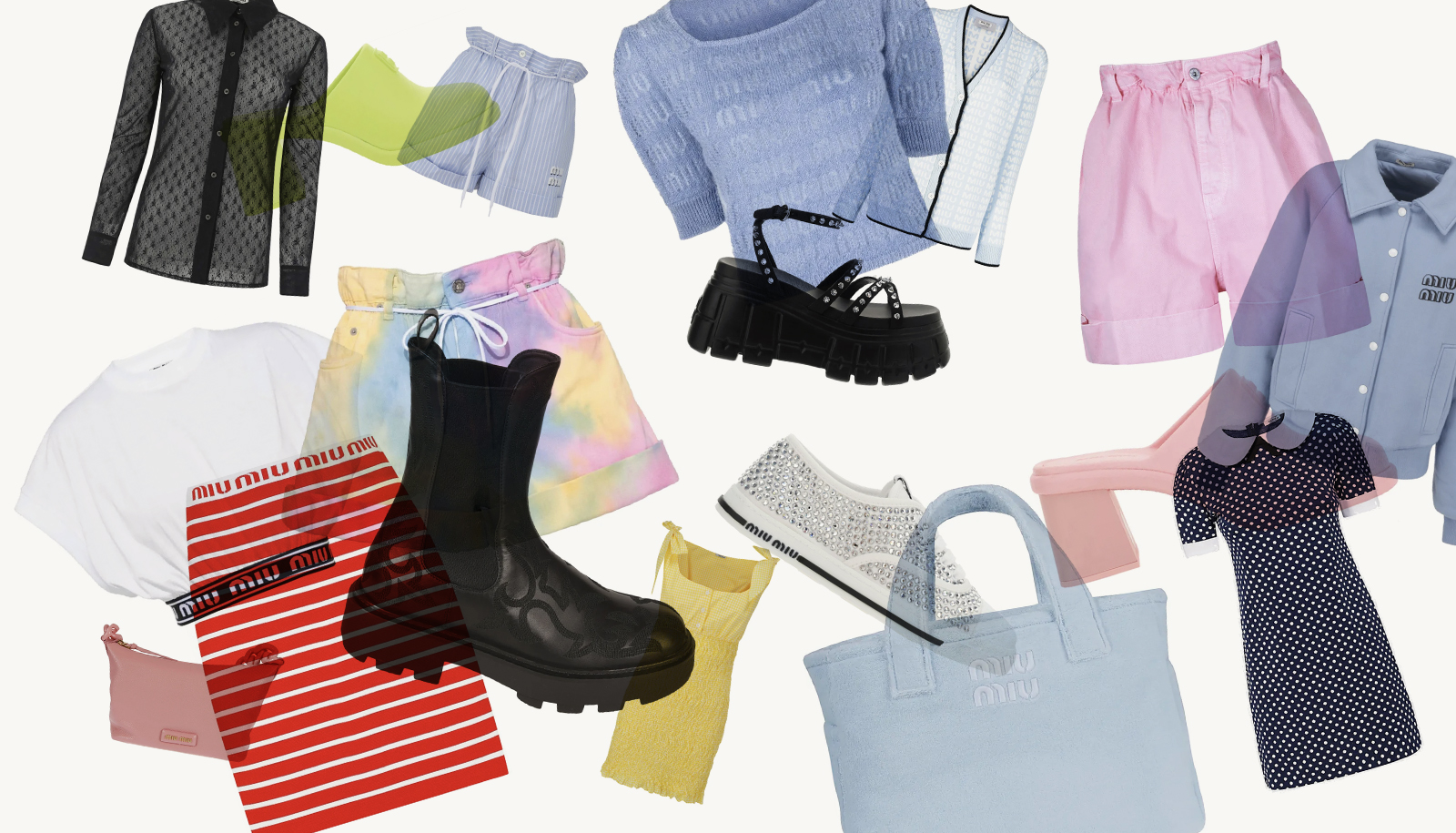 To emphasize its independence, in 2014 Miu Miu relocated its headquarters to Paris, away from the Prada Group headquarters in Milan. This marked a milestone for Miu Miu, confirming the brand’s will to differentiate itself from its parent label and to consolidate its position on the international fashion scene.

Miu Miu was created with young and rebellious fashionistas in mind, and youthfulness has been a recurring theme for the label. In 2009, 16-year-old Lindsey Wixson was the face of a Miu Miu campaign, and 14-year-old Hailee Steinfeld represented the brand in 2011. Miu Miu designs are fresh, joyful, and quirky–you can expect bright colors, fun prints, and exaggerated ruffles.

What does Miu mean?

Born in 1949, Miuccia is the daughter of Luigi Bianchi and Luisa Prada, and granddaughter of Mario Prada. 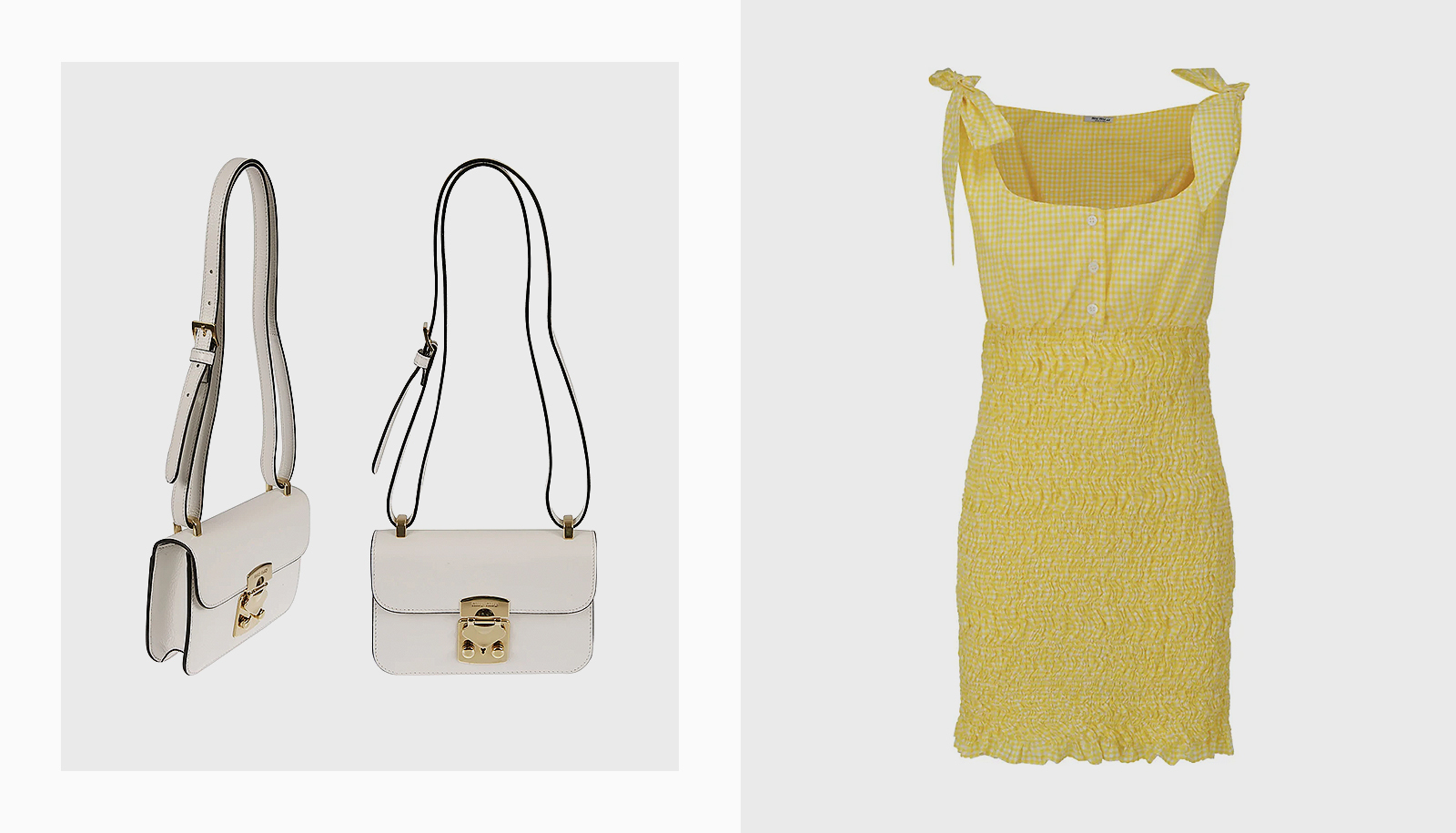 Surprisingly, Miuccia didn’t always plan to work in fashion—after earning a PhD in political science from the University of Milan, she went on to become a mime, and performed at the Piccolo Teatro in Milan. It was only in the 1970s that she decided to enter the family business.

In 1985, she launched a line of light, waterproof, and practical handbags, made of Pocono nylon. “Back then,” she told 10 Magazine, “I didn’t really like anything I saw. It all just looked so old and bourgeois and boring. I just wanted to search for the absolute opposite of what was already out there.” Nylon would later become Prada’s trademark. Find out how to clean Prada nylon. 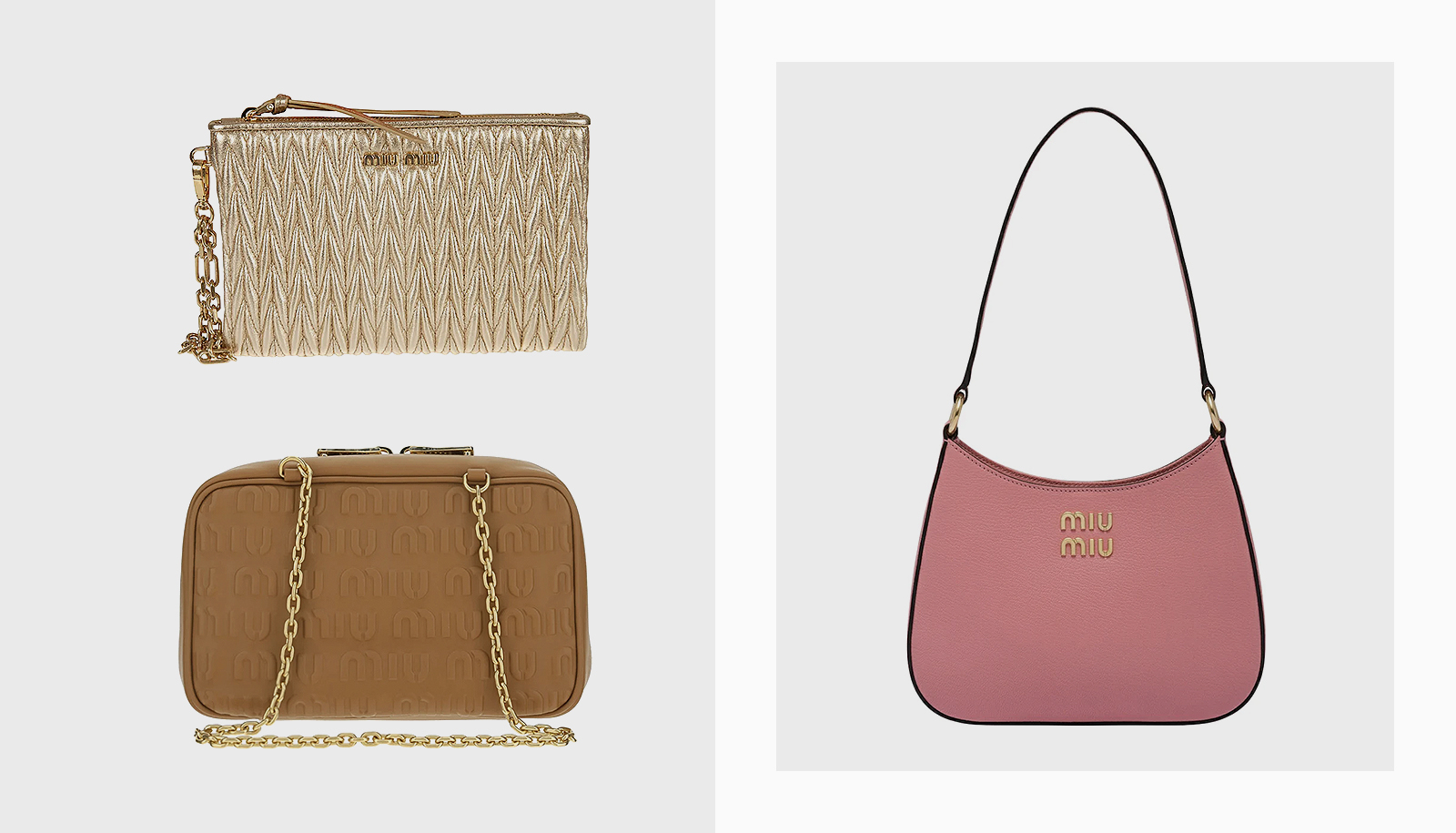 Where is Miu Miu on sale?

Miu Miu has boutiques all over the world, from New York to Paris to Hong Kong, so wherever you are, you will find a Miu Miu boutique near you.

Most stores are designed by architect Roberto Baciocchi, and feature the signature golden damask fabric, large mirrors, and sophisticated terrazzo flooring. The London Sloane Street store is the only Miu Miu store to offer a customisation service.

However, if you want to save up to 40% on Miu Miu pieces, make sure you shop in Italy. Why?

Miu Miu is an Italian brand, and prices in Italy tend to be lower, even with currency exchange rates, because there are no importer or distributor costs like there often are in other countries, and the price of doing business is lower.

Not ready to hop on a plane just yet? Shop on italist to virtually shop the streets of Italy!

Discover our selection of Miu Miu clothing, shoes, and accessories for women. 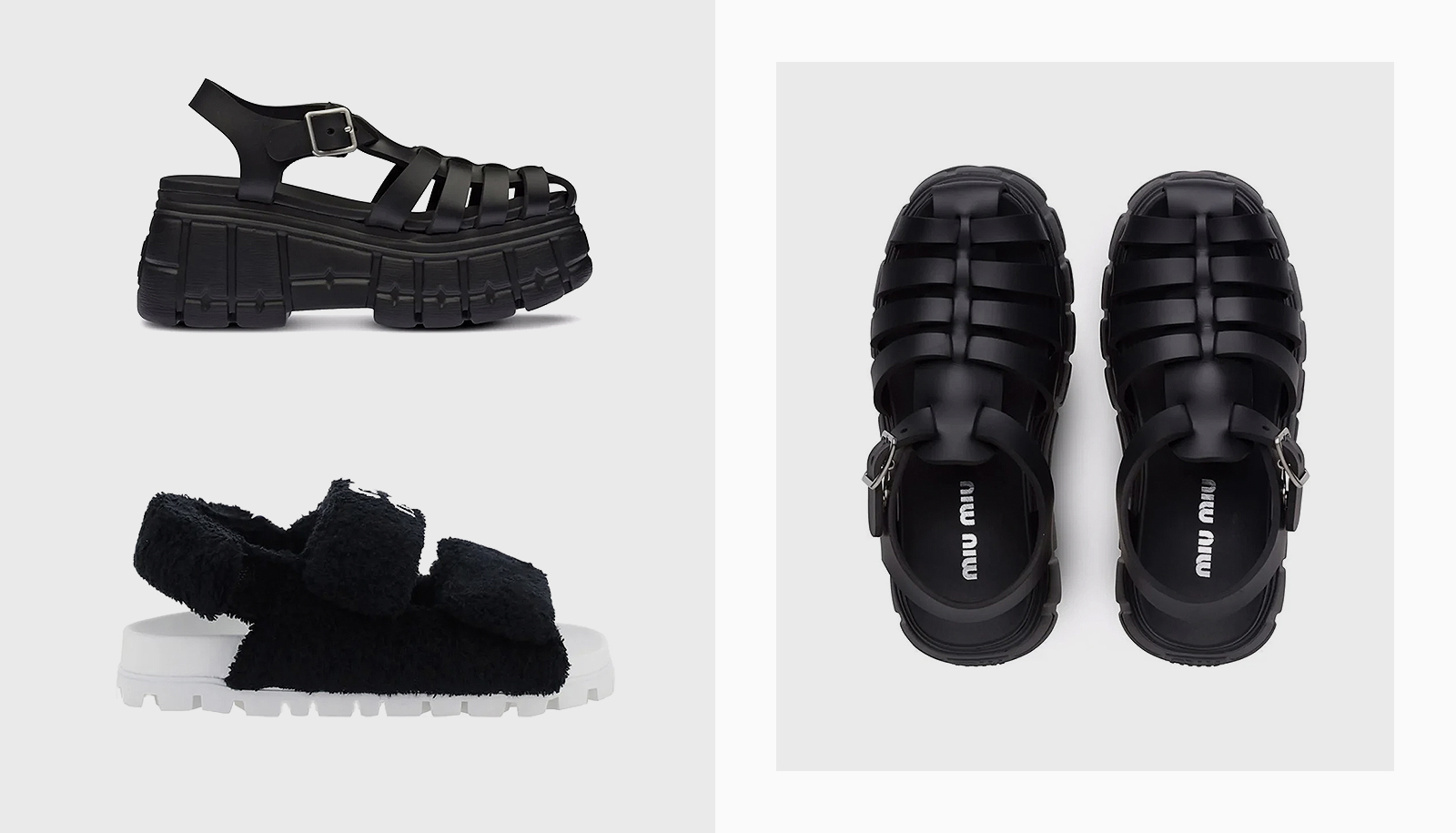