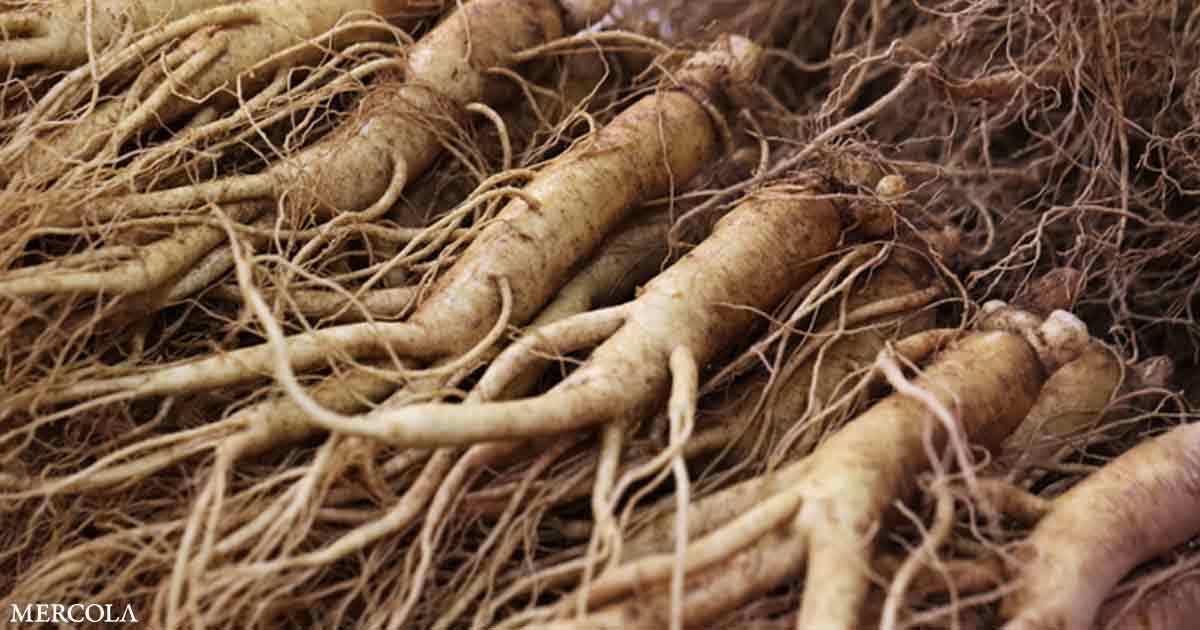 Diabetes has become a “formidable challenge for public health,” with 463 million adults affected with Type 2 diabetes worldwide. This number is expected to jump to 700 million by 2045 and doesn’t account for the many others who have prediabetes, which increases the risk of developing Type 2 diabetes.1

If left unmanaged, diabetes can lead to serious complications that can damage the eyes, kidneys and nerves, while increasing the risk of heart disease, stroke and limb amputations.2 Inactivity and poor diet are fueling the diabetes crisis, causing people to develop the condition at younger ages.

Diets focused on ultraprocessed foods and fast foods are the root of the problem, as they’re loaded with seed oils — misleadingly known as “vegetable oils” — that contain toxic oxidized omega-6 linoleic acid (LA) that accelerate metabolic dysfunction.3 Changes to diet and lifestyle are essential for Type 2 diabetes management and can even lead to the reversal of the condition.

However, conventional medicine is focused on drug treatment of diabetes, which provides no cure and may cause toxicities. Traditional herbal medicine, specifically ginseng, presents a welcome alternative, which provides powerful antidiabetic effects.

Ginseng has a long history of medicinal use,4 including in China, where it was used to cure Xiaoke disease — now known to be diabetes — during the Song Dynasty circa 1078 A.D. Both Asian ginseng (Panax ginseng) and American ginseng (Panax quinquefolius L.) have promising antidiabetic effects and contain health-boosting compounds such as saponins, polysaccharides, polyacetylenes, phenols and alkaloids.

Close to 200 ginseng ginsenosides, also known as saponins or triterpenoids, have been found in ginseng plants and are thought to be responsible for some of the herb’s antidiabetic properties. These include regulation of insulin secretion and glucose uptake along with protection against oxidative stress and anti-inflammatory properties.

Ginseng berry, which contains even more ginsenosides than ginseng root, may be particularly beneficial. In a study of diabetic mice, those treated with 150 milligrams (mg per kilogram (kg) of body weight of ginseng berry extract for 12 days had significantly decreased fasting blood glucose.

In a trial involving humans with prediabetes, ginseng berry extract did not show antihyperglycemic effects, however, which the researchers suggested could mean that the compound works best against Type 2 diabetes, not prediabetes.6

In a review on ginseng’s antidiabetic effects published in the journal Molecules, researchers from New Zealand found evidence for the anti-diabetes effects of ginseng extracts and ginsenosides.7

Among the studies reviewed was a meta-analysis of 16 randomized, controlled clinical trials that found ginseng significantly reduced fasting blood glucose compared to the control, and another meta-analysis of eight trials that found ginseng supplementation led to greater reductions in fasting glucose and postprandial insulin compared to the control.8

A product known as ginsam — an enriched ginsenoside — also led to benefits in a trial of 36 patients with diabetes. Compared to the placebo group, those taking ginsam had significantly reduced HbA1c levels and fasting blood glucose.9 Fermented red ginseng also showed benefits and significantly increased postprandial insulin in patients with Type 2 diabetes after four weeks. It also lowered their postprandial glucose by 17.2% compared to baseline values.10

Trials involving American ginseng were also promising. Among 24 adults with well-controlled Type 2 diabetes, those who received 3 grams a day of American ginseng extract for eight weeks along with their usual treatment had significantly reduced HbA1c levels, fasting blood glucose and systolic blood pressure compared to those who received a placebo, and no adverse effects were found to liver or kidney function.11

Taken together, the researchers concluded that ginseng appears to be a powerful natural option for Type 2 diabetes, although larger, and longer, studies are needed:12

At the same time, it should be noted that this efficacy was observed in several limited ginsenosides (6-7 ginsenosides analyzed), small sample sizes (23-94 subjects), and short-term studies (4-12 weeks). Larger scale clinical trials are needed to completely illuminate the long-term benefits of this herbal supplement in the management of type 2 diabetes.”

How Ginseng May Fight Diabetes

Ginseng has multiple mechanisms by which it influences diabetes, including the modulation of blood glucose levels by improving the function of pancreatic beta cells, which produce, store and release insulin. In addition, it also enhances insulin sensitivity, while ginseng berry extract increases the proliferation of beta cells and insulin secretion, which improves glycemic control.13

Ginseng also up-regulates the expression of glucose transporters, which enhances glucose uptake, while suppressing oxidative stress and modulating inflammation to help prevent the development of insulin resistance. There are some conflicting studies, however, which suggest that the size of ginsenosides may make a difference in their antidiabetic effects.

Specifically, the ginsenosides Rb1, Re or Rg1 are among the most widely studied, but due to their large molecule structure, they have poor bioavailability. Smaller molecule ginsenosides Rg3 and Rh1 may, in fact, be the ones that provide the most therapeutic effects. The fermentation process produces small ginsenosides, which explains why fermented ginseng has increased bioavailability, including absorption and bioactivity. According to the New Zealand researchers:14

What Else Is Ginseng Good For?

The ginsenosides in ginseng have a wide range of physiological activity, including effects on the nervous system, cardiovascular system and immune system. Ginseng polysaccharides also have multiple biological activities and may help regulate the immune system while providing anticancer, antidepressant and antioxidative effects.

Ginseng may be beneficial for age-related neurological disorders, including Alzheimer’s disease, and even protects against radiation-induced skin damage15 and has anti-obesity potential.16 Like many herbs, ginseng may act as an overall health tonic, with antimicrobial, anticancer and neuroprotective effects. Another review, focused on American ginseng (AG), also touted its health potential, stating:17

“AG presents a high potential to induce beneficial health effects in humans and should be further explored to formulate precise nutritional recommendations, as well as to assess its value in prevention and therapy of some disorders, including cancer.”

Together, the many complex active ingredients in ginseng may have the following effects:18

Diabetes Can Be Reversible With the Right Strategy

Ginseng should be just one part of a comprehensive plan to support your health, particularly if you’re dealing with a complex disorder like diabetes. Type 2 diabetes is a manageable — and often reversible — condition, provided you make positive lifestyle changes and get proper medical care and advice.

As it stands, diabetes treatment costs top $230 billion a year in the U.S., yet the diabetes mortality rate is 42% higher than it is in 10 other industrialized countries,19 which provides a testament to the sad state of diabetes care. Fasting, or time restricted eating (TRE), should be an essential part of diabetes treatment, but it’s something that’s rarely mentioned in conventional circles.

TRE is a simple powerful intervention that mimics the eating habits of our ancestors and restores your body to a more natural state that allows a whole host of metabolic benefits to occur.20 TRE involves limiting your eating window to six to eight hours per day instead of the more than 12-hour window most use.

TRE promotes insulin sensitivity and improves blood sugar management by increasing insulin-mediated glucose uptake rates,21 which is important for resolving Type 2 diabetes. In another study, when 15 men at risk of Type 2 diabetes restricted their eating to even a nine-hour window, they lowered their mean fasting glucose, regardless of when the “eating window” commenced.22

In addition, as mentioned, there’s virtually nothing more destructive to your body than the linoleic acid in seed oils in producing chronic diseases like diabetes.23 Linoleic acid is found in virtually every processed food, including restaurant foods, sauces and salad dressings, and is hidden in “healthy” foods like chicken and pork. In addition to embracing TRE, reducing LA is essential for diabetes prevention and management.

Ideally, consider cutting linoleic acid down to 2 or 3 grams per day, which is close to what our ancestors used to get before all of these chronic health conditions, including obesity, diabetes, heart disease and cancer, became widespread.

If you’re not sure how much you’re eating, enter your food intake into Cronometer — a free online nutrition tracker — and it will provide you with your total linoleic acid intake. The key to accurate entry is to carefully weigh your food with a digital kitchen scale so you can enter the weight of your food to the nearest gram.

Chronometer will tell you how much omega-6 you’re getting from your food down to the 10th of a gram, and you can assume 90% of that is linoleic acid. Anything over 10 grams is likely to cause problems, so you’ll want to avoid high-LA foods. This means eliminating all of the following oils:

Other high-LA foods include chips fried in vegetable oil, commercial salad dressings and sauces, virtually all processed foods and any fried fast food, such as french fries. Remember, targeted nutrition using beneficial herbs like ginseng can be highly supportive of optimal health, but you’ll also want to address the underlying dietary and lifestyle issues that are at the root of the problem.