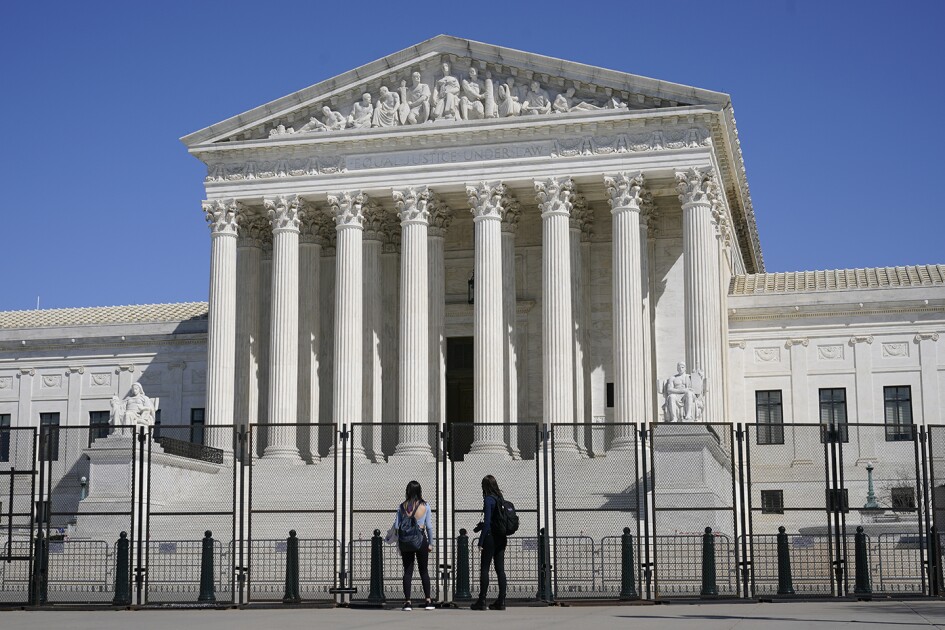 As the nation processes the horror of the mass school shooting in Uvalde, Texas, the U.S. Supreme Court is finishing its deliberations in a major gun-rights case that has drawn deep concern from groups formed in the wake of previous school shootings.

A decision is expected between now and the end of the court’s term in late June or early July in a case in which many legal observers believe the conservative majority of justices is poised to expand the right to carry weapons for self-defense.

To the gun-control groups that have emerged after infamous mass shootings of the last decade, including school attacks in Newtown, Conn., and Parkland, Fla., such a decision would represent a major clash between the goals of the conservative movement to expand Second Amendment rights and the reality of deadly gun violence at schools, places of worship, and retail stores.

“It will be hurtful for us all, but it will mostly be hurtful for [the justices]” if they rule to expand Second Amendment rights in the pending case, said Esther Sanchez-Gomez, a senior litigation lawyer with the Giffords Law Center to Prevent Gun Violence. “There is still an opportunity for them to show that they are human and that they recognize their decisions have real-life implications.”

The pending Supreme Court case is New York State Rifle & Pistol Association v. Bruen (No. 20-843), in which the justices are considering a New York state law that requires applicants seeking permits to carry concealed weapons for self-defense to demonstrate a special need, which has made such permits difficult to get in that state.

Groups such as the Giffords Law Center; March for Our Lives, which was formed after the 2018 shootings at Marjory Stoneman Douglas High School in Parkland; and Everytown for Gun Safety, which grew out of the 2012 attack at Sandy Hook Elementary School in Newtown; filed friend-of-the-court briefs in support of the New York law and urged the high court not to expand Second Amendment rights.

At oral arguments in the case last November, justices and advocates discussed whether schools and college campuses would remain “sensitive places” in which states would have greater latitude to prohibit guns even if the court expanded Second Amendment rights. Even the lawyer arguing for overturning the special-need requirement for concealed-carry permits conceded that schools should remain sensitive places.

(The term “sensitive places” comes from the court’s landmark 2008 decision in District of Columbia v. Heller, which held that the Second Amendment includes an individual right to possess a firearm but that the decision should not be read to cast doubt on laws barring guns in places such as schools or government buildings.)

Still, the tenor of the oral argument led most observers to predict that the New York law would go down.

“We don’t have to answer all the sensitive-places questions in this case, some of which will be challenging no doubt,” Justice Brett M. Kavanaugh said during the argument.

During Kavanaugh’s Senate confirmation hearings in 2018, there was a notorious exchange when the father of a student who had been killed in the Parkland shooting confronted the nominee during a break. Fred Guttenberg, whose 14-year-old daughter Jaime was among the 17 students and adults killed in the Parkland incident, sought to have a conversation about assault weapons in light of Kavanaugh’s views that possession of semi-automatic weapons was protected under Supreme Court precedent.

(Kavanaugh recoiled from Guttenberg’s outstretched hand in the hearing room, thinking the father was a protestor. Kavanaugh later said, in response to a written question from a senator, that had he realized who Guttenberg was, he would have expressed sympathy, and “I would have listened to him.”)

Guttenberg was among a throng of people on both sides of the issue who were outside the Supreme Court during the arguments in the New York state case in November, and he has appeared on TV news shows this week providing perspective on the Uvalde incident.

“Here we are again,” Guttenberg told CBS News. “It is the same conversation again. Nothing is changing.”

No matter when the court issues its decision in the New York case, it will be hard to separate from the specter of mass shootings.

Adam Winkler, a law professor at the University of California, Los Angeles, and the author of a book about the Second Amendment, said he doubted the latest mass shootings—the school incident in Uvalde and the attack at a supermarket in Buffalo, N.Y.—would change the outcome of the pending Supreme Court case.

“It’s not like mass shootings are a new phenomenon,” said Winkler, who favors stronger gun-control measures. “If you are going to issue an opinion expanding Second Amendment rights, there’s never a good time to do it. There’s always another mass shooting in the news.”

Meanwhile, another recent legal development appears salient in the wake of the Uvalde, shooting, where the assailant obtained two semi-automatic rifles soon after his 18th birthday, which Texas law permits.

On May 11, a panel of the U.S. Court of Appeals for the 9th Circuit, in San Francisco, ruled 2-1 to block a California law that generally bars the sale of certain semi-automatic rifles to 18- to 20-year-olds.

The majority in Jones v. Bonta said “the tradition of young adults keeping and bearing arms is deep-rooted in English law and custom” and that militias in colonial America often required those 18 and older to possess guns, and some militia members were as young as 16.

The court noted that young adults are barred from purchasing handguns but may purchase certain long guns, such as shotguns, if they possess a hunting license (a regulation the court upheld in the same opinion). But shotguns are not as ideal for self-defense as certain semi-automatic rifles, the court said.

“Semi-automatic rifles are able to defeat modern body armor, have a much longer range than shotguns and are more effective in protecting roaming kids on large homesteads, are much more precise and capable at preventing collateral damage, and are typically easier for small young adults to use and handle,” the 9th Circuit court said. “Thus, we hold that California’s ban is a severe burden on the core Second Amendment right of self-defense in the home.”

“The state legislature manifestly was entitled to have considered the disproportionate commission of violent gun crimes by young adults, the fact that most mass shooters purchase weapons legally, and the fact that semi-automatic weapons have been the weapons of choice in many of the deadliest shootings in recent history, as eminently reasonable bases to curtail the ability of young adults to purchase or receive transfer of semi-automatic rifles,” the judge said.

The case attracted friend-of-the-court briefs from most of the same gun-control groups that filed in the New York case in the Supreme Court, as well as briefs from both the American Federation of Teachers and the National Education Association.

The NEA brief says that the challengers’ “expansive conception” of the right of young adults to bear arms “would inhibit the ability of state and local legislatures and school boards around the country to grapple with how to best protect students from the threat of gun violence.”

Sanchez-Gomez of the Giffords Center, whose group filed a brief supporting the California limits, said the 9th Circuit majoritywas “callous and ignored social-science research about the ability of young adults to reason through the consequences of their actions.”

The state was likely to ask the 9th Circuit for a rehearing before a larger panel of judges, she said.